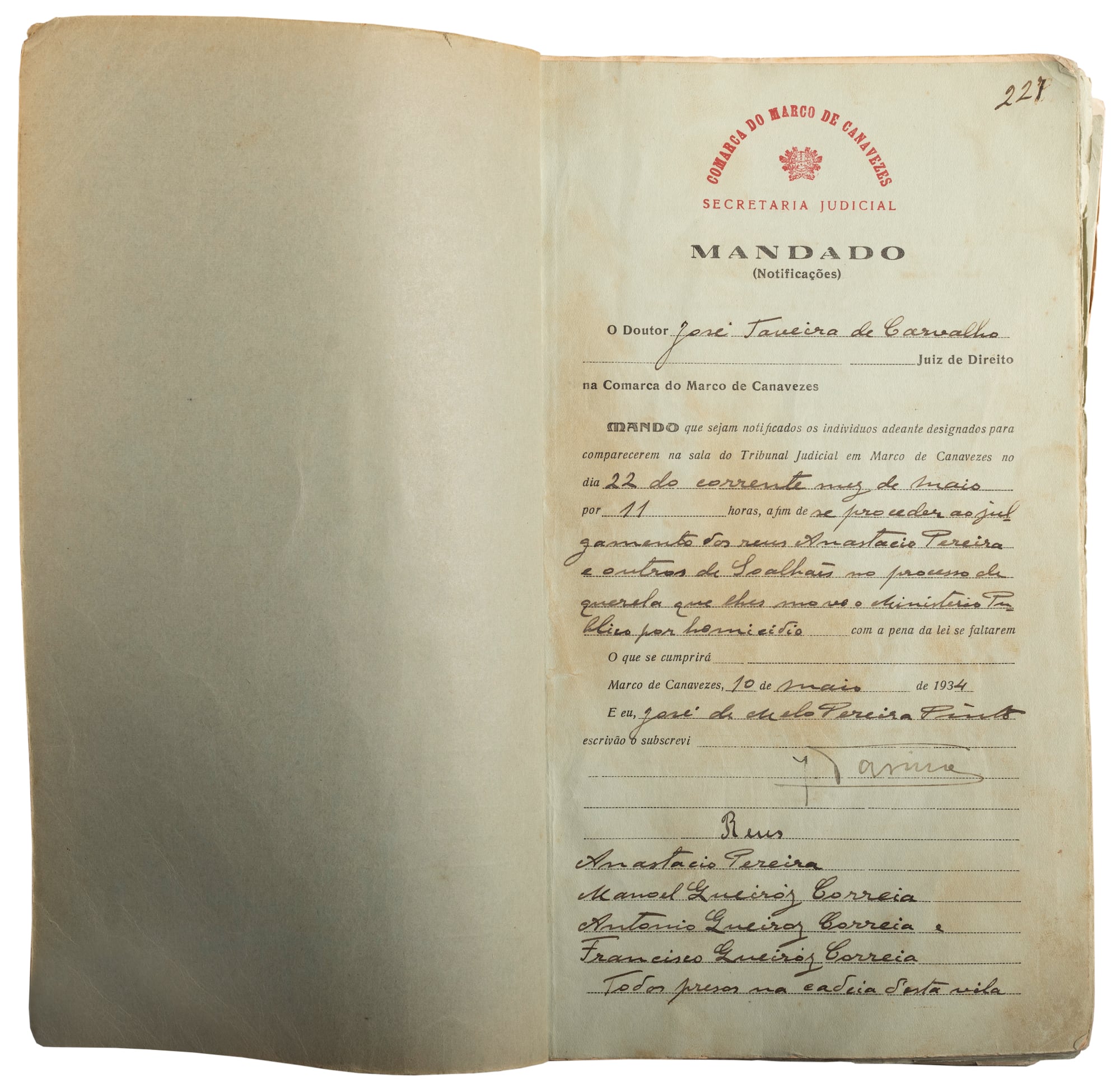 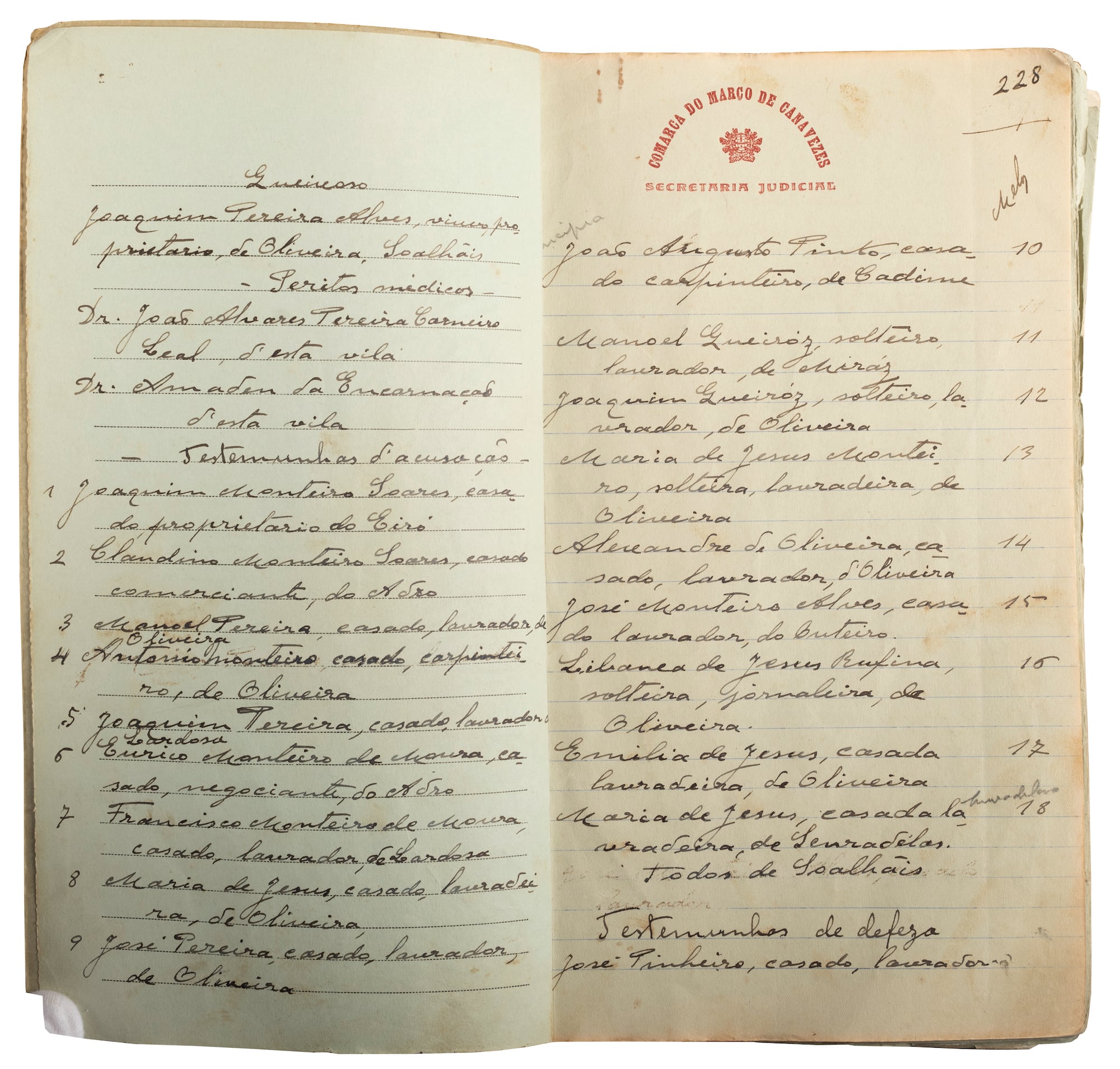 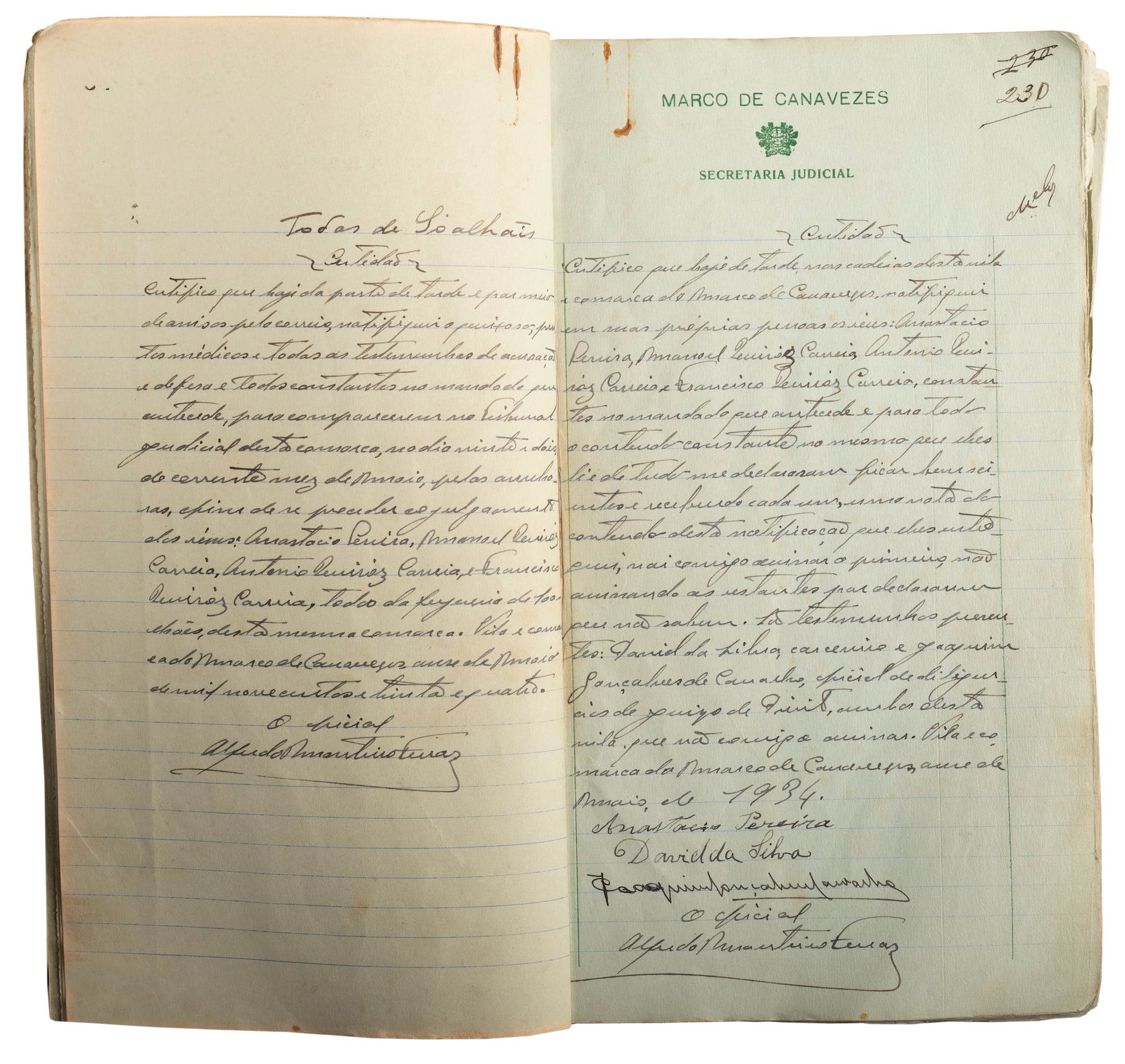 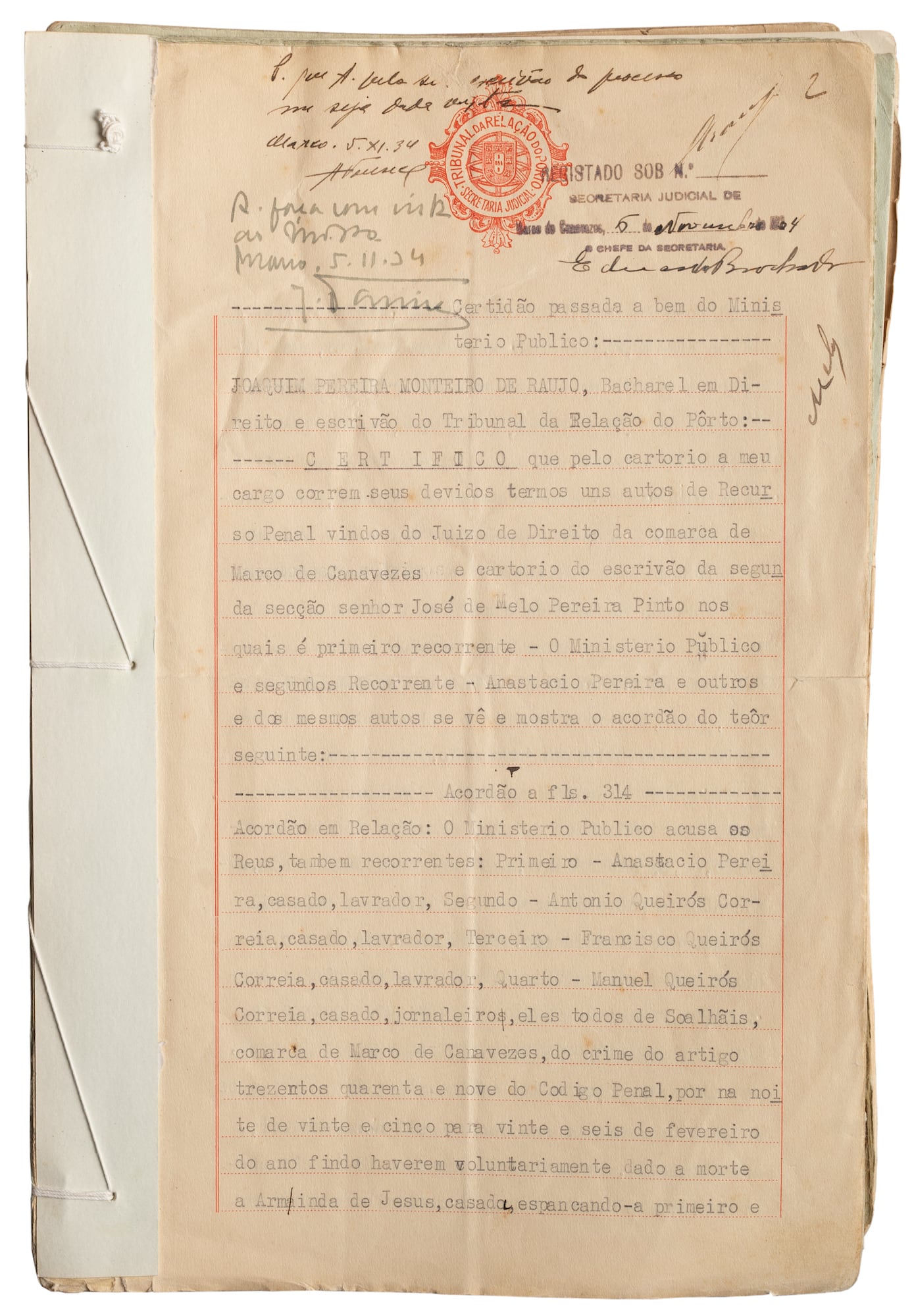 Village in the municipality of Marco de Canaveses.

A woman - Arminda de Jesus -, accused of witchcraft, is beaten (with clubs and hoes) and burnt alive by the locals, in a sort of purge of the soul to free the evil demons that - they believed - possessed her.

Arminda de Jesus was a married woman (her husband had migrated to Brazil), mother of two young children.

The village of Soalhães, where she lived, was a recognised focal point of belief and superstition, with a population inclined to benedictions and witchcraft, often inspired by the Book of Saint Cyprian, as witnessed at the time by the local parish priest, Joaquim Monteiro.

The trial of such an unusual and macabre crime took place on May 30, 1934 in the Judicial Court of Marco de Canaveses. The four defendants were sentenced to 6 years in prison followed by 10 years of banishment or, alternatively, a fixed penalty of 20-year banishment. Compensation was also set for the victim's representatives (an amount of 6.000 escudos, circa 5,600€ today) to be paid by all defendants.

This macabre episode of Soalhães inspired a play - "O Crime de Aldeia Velha" - written by Bernardo Santareno, mirroring Portugal’s social repression of freedom and individuality in times of totalitarianism: the Estado Novo. Dating from 1959, the play was first performed by Teatro Experimental do Porto on December 18 of that same year. Santareno's play was later adapted into a film, with the same name, directed by Manuel Guimarães in 1964.