The first printed edition of a book with the title “Missale Romanum” dates back to 1474 (in Milan, Italy). This publication compiled the texts of the Holy Mass according to the usages of the Roman Curia. This edition will become the archetype of all subsequent publications, which later merged into the official edition - the “Tridentine Missal” or “Missal of St. Pius V” - approved in 1570 by Pope Pius V.

For many centuries, in addition to the Divine Law, the Catholic religion itself influenced and established presence in the Court and Jail of Appeal. 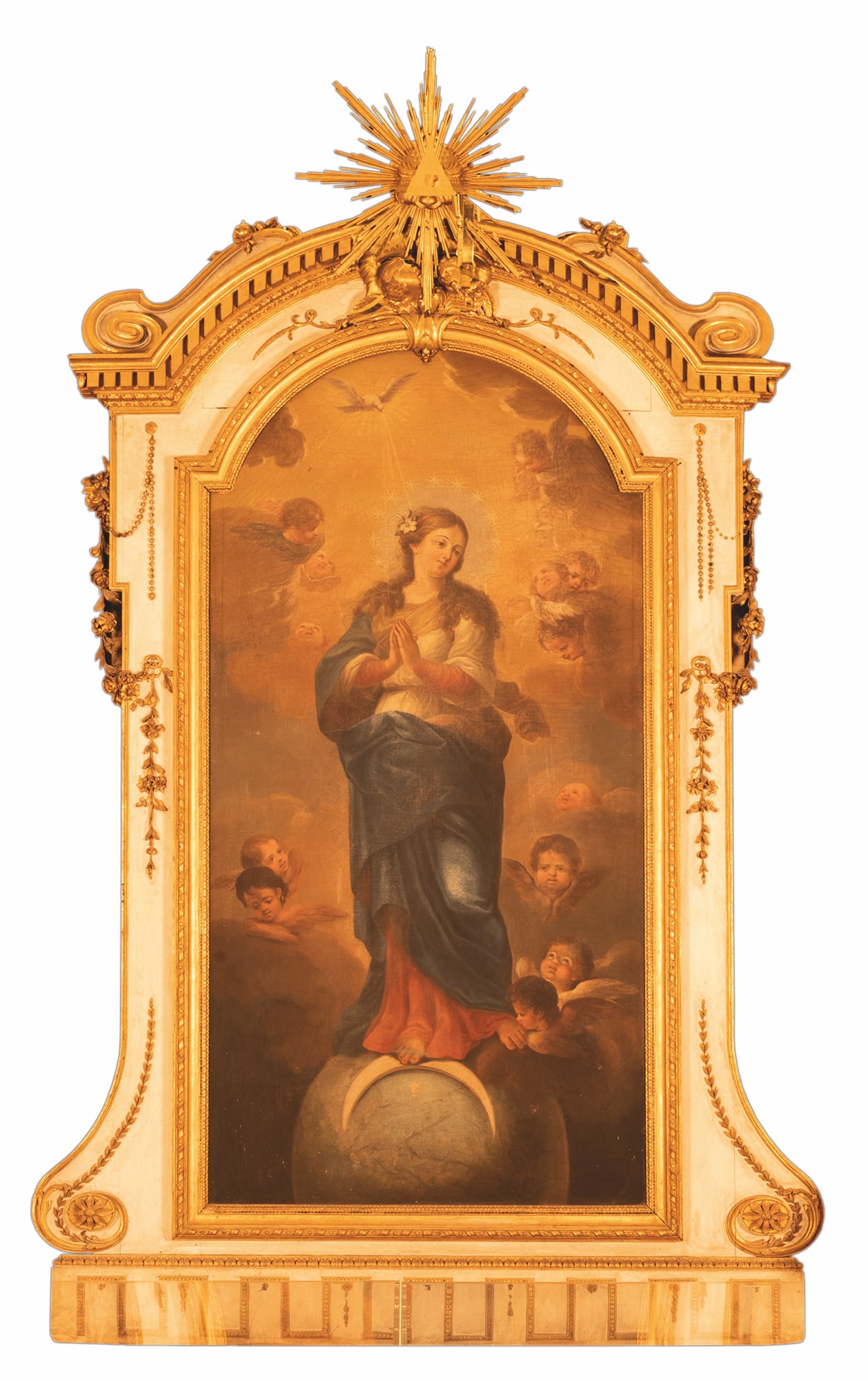 Retable, Crucifix and two Candlesticks from the Altar of the Oratory from the House of Appeal of Porto.

Retable, oil on canvas (220 x 110 cm) representing Our Lady of the Immaculate Conception, patron saint of the Kingdom of Portugal, surrounded by heads of winged cherubs, all with different physiognomic expressions.

The composition is not signed, although it is thought to be by Glamma, a painter who lived in Porto in the last quarter of the 18th century, at the same time as the construction of the House of Appeal.

Owned by the Directorate-General for Reintegration and Prison Services.

Polychrome wooden image, datable to the beginning of the 17th-18th century, with the traditional representation of St. Anthony with the Book, the Child and the Globe (c. 60 cm).

© Originating from the Court and Jail of Appeal of Porto’s former facilities.

Our Lady of the Immaculate Conception

Sculpture of Our Lady of the Immaculate Conception in polychrome wood dating from the 17th-18th century (c. 140 cm). It portrays the Virgin on the Celestial Globe, holding the serpent and the crescent moon - traditional figurations of this Marian invocation.

© Originating from the Court and Jail of Appeal of Porto’s former facilities.