Manuel de Almeida e Sousa, from Lobão (1745-1817) was born in Vouzela, graduated in 1766 from the Faculty of Canon Law at the University of Coimbra and, with his bachelor's degree, moved to the village of Lobão, near Viseu (which would give him the nickname by which he became known), where he began practising law. His expertise in difficult cases quickly gained him a reputation as an excellent legal consultant, and he was in demand all over the country.

He was the author of several works of reference, such as the set presented at the Judicial Museum of the Court of Appeal of Porto. 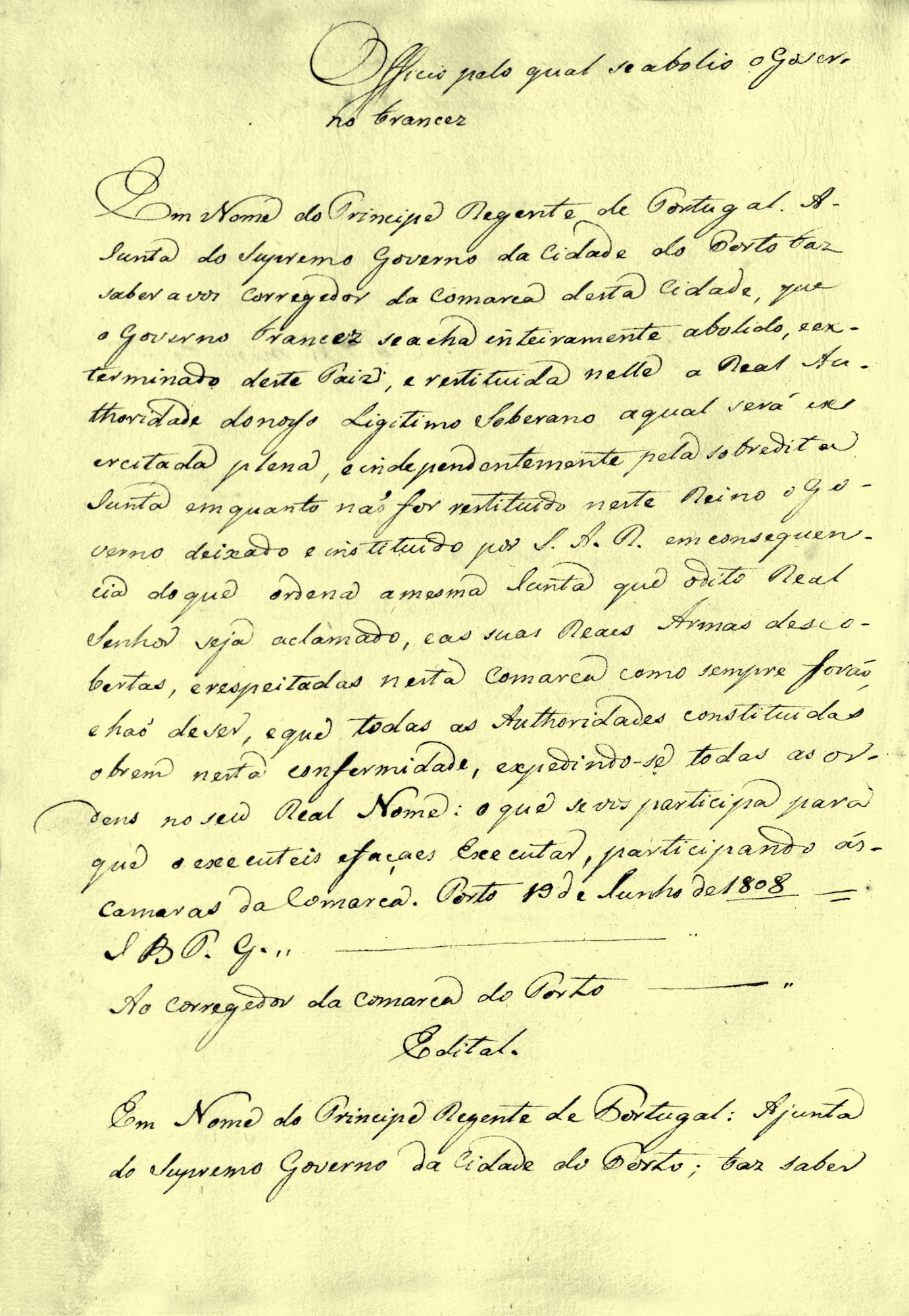 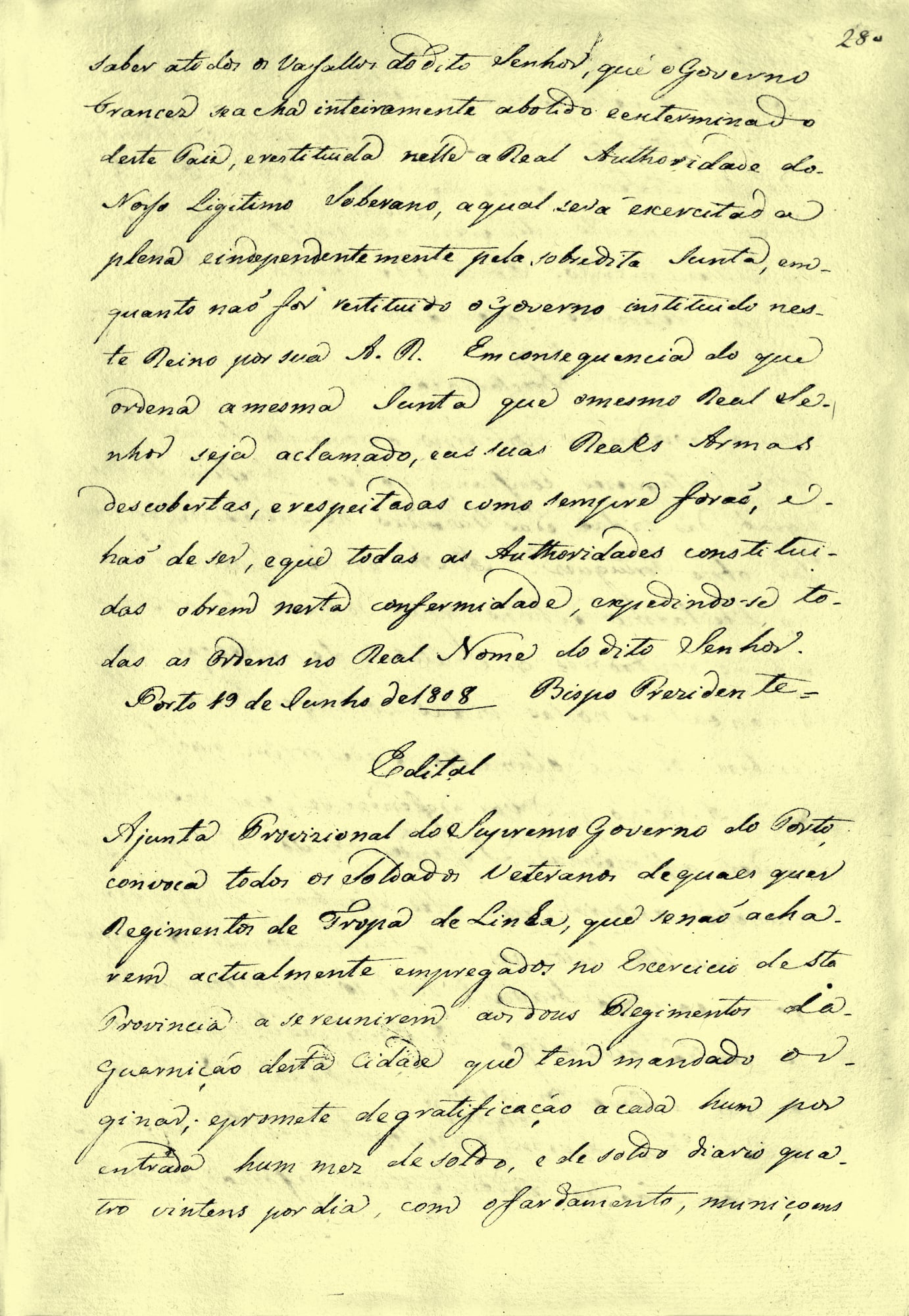 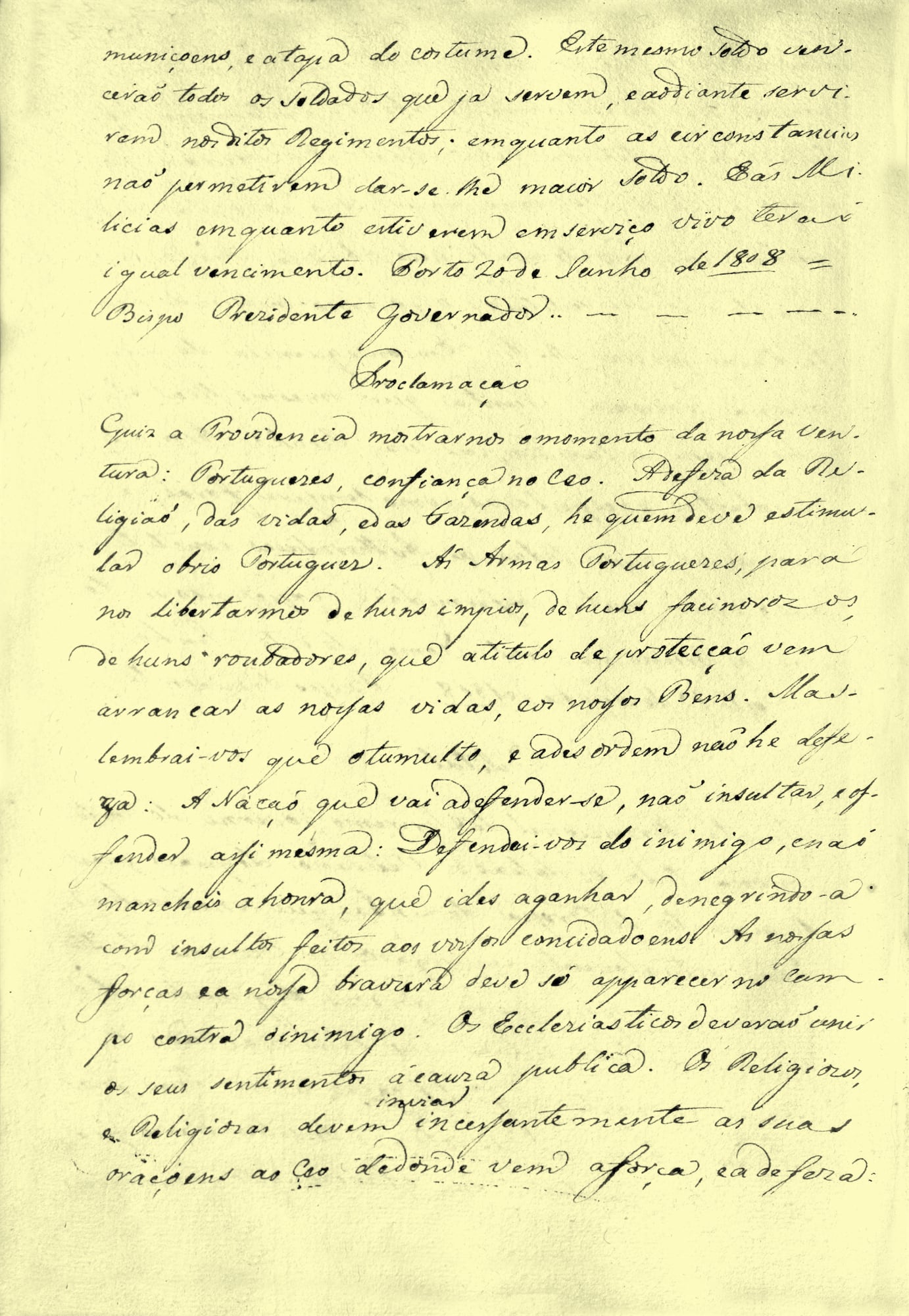 Official statement, by which the French Government was abolished, dated June 10, 1808.
© Court of Appeal of Porto / Ancient Library Collection